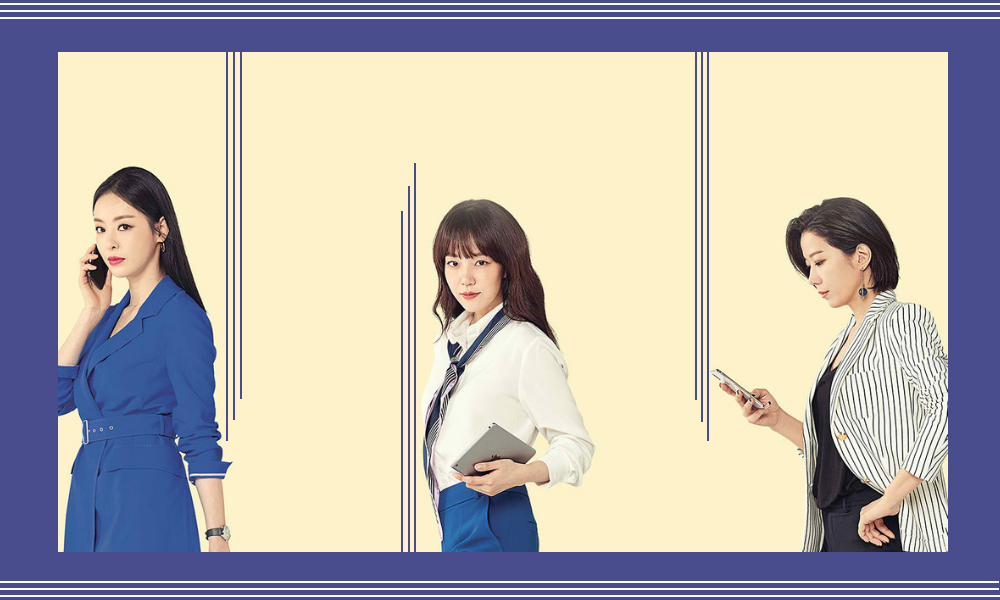 The poor girl and rich guy cliché in K-dramas seems to be in the older archives of Korean wave. These days, the girl boss, fashionable, badass female leads are screaming in our screens. Last year, Search: WWW proved that women could take over an entire 16-episode drama and introduced us to how and what modern women are. Here are some of them.

Marriage Is Not in Her Vocabulary

The typical society, especially in Asian, has set women to get married before they hit the last number in the calendar—30 or 31. This typecast seems to be not in Bae Ta Mi’s/Tammy’s (Im Soo Jung) world. Going to 40, her career matters most. But that does not mean that she has no time for a romantic relationship. She just needs to find someone who can go alongside her perspectives and beliefs in living.

She is not afraid to be alone neither. She enjoys eating Samgyeopsal alone and playing Tekken. When Unicon sent her for court hearing about keywords’ real-time ranking manipulation, she rescued herself and defended herself alone.

Bae Tami is this independent woman who can just live with so much confidence and passion towards her job. If romance knocks, she will still open her door and frankly introduce what kind of relationship she believes in. She might not be the total epitome of justice, but she can easily blend her views with her rapidly changing environment.

“Turning the table” against a Politician during the hearing.

Taking Back Her Identity After Losing It in Marriage

Just when you thought marriage completes a woman, Song Ga Gyeong (Jeon Hye Jin) had her life upside down by being like a prison to her mother-in-law. For Ga Gyeong, being an obedient daughter-in-law should come first to secure her parents’ lives. Luckily, she decided to prioritise herself, her dreams before she could totally ruin her identity.

She was willing to gave it all to put everything back to normal—she’s that villain turned into protagonist character that we always loved to see in a storyline.

The sacrifices that she needed to do—from divorce to stepping down as a leader, were those bittersweet moments, because we all know that her husband truly loves her (as she does to him) and she is the best CEO Unicon can have.

Revealing all the evidences by asking the audience to type in their web browser, “WWW”.

ALSO READ: Getting a Divorce? 18 Again Has Some Advice

A Rich Woman Who Fights Well

That’s Cha Hyun’s/Scarlett’s dream (Lee Da Hee). She might not be an Olympic Medallist in Judo, just like her dream, but her fighting ability totally gave a spice in this drama. Despite her anger management issue, she is still my favourite character in Search: WWW—just because her range of personality is insane.

From being cool with her no-one-can-beat-me aura to a totally-affected-avid-viewer when she watches her favourite drama, Scarlett is the perfect representation of how a woman’s moods swing.

With all her failed relationships, she deserves nothing but a perfect meeting with her idol-turned-into-lover. A fan’s greatest dream indeed!

P.S. Her sismance with Ga Gyeong and Tammy is too strong to deny.

Setting up a billboard for her idol in a subway station.

Beyond The Leads: The Other Women of Search: WWW

That Lady, Trying to Build Her Career

With all the female leads with established careers, it’s a good balance to showcase Jo Ah Ra’s/Ellie’s (Oh Ah Yun) journey in trying to make a name of herself. From a coffee shop worker to a member of a Task Force Team, Ellie (with Tammy’s good eyes) has definitely proved that education credentials can’t cover all one’s ability.

Coming up with that epic advertisement idea.

A Hacker Who Loves Men

A girl who speaks coding better than her national language sounds nifty. A hacker might not sound so decent, but as people might believe, “you can do anything for love”. And that’s what Hong Yoo Jin/Jenny (Ha Seung Ri) proved when she’s not even an adult. She hacked the traffic light system so she could walk and spend more time with her crush in school. (It is advised not to do it in real life.)

Seriously, the combination of a technology geek who dresses in style and who loves men dearly sounds bizarre, but definitely speaks power.

Giving to Tammy the information who is behind the fake trending words.

Search:WWW is a drama that you’ll always look back if you need a push either for your career or love life. If you love the women of Search:WWW and they gave you a big chunk of confidence, share it with your girlfriends and let’s hear your thoughts in the comment section below. 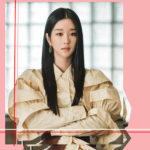 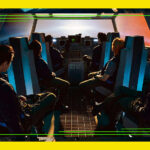 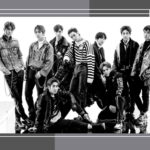