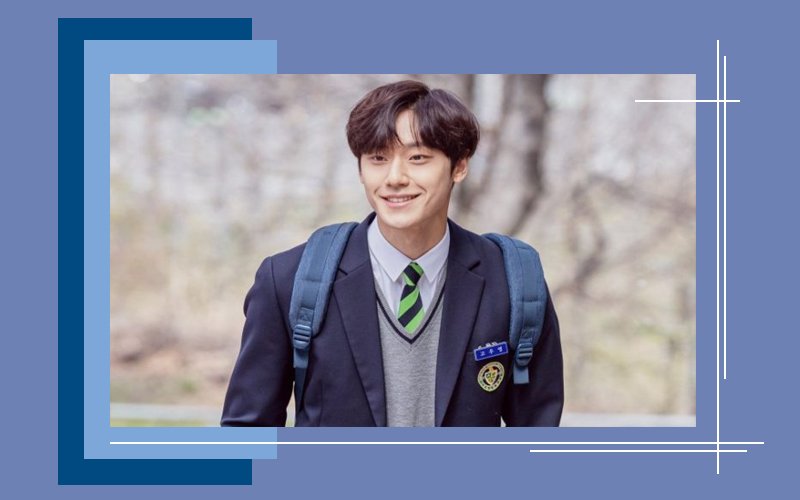 Another great K-drama in 2020 has ended. Cast? Perfect! The connection of Lee Do Hyun as young Hong Dae Young or Go Woo Young with every character on 18 Again was too strong to deny. Story? Totally competitive to top dramas this year!

Without any doubt, 18 Again did not only teach us how to be responsible from the “mistakes of being young”, but as well as to look deeper in every single dispute that a family can encounter. Though dealing with problems is certainly a case-to-case basis outside the K-drama world, it’s still worth to take note the pieces of advice from 18 Again on how to possibly mend the wound before it can badly infect the relationship within the family.

Some words are just needed to be said. It’s too easy to assume that your partner or anyone from your family member can just read what’s bothering your mind and heart for so long. For about twenty years of being together, Jung Da Jung (Kim Ha Neul) and Hong Dae Young (Yoon Sang Hyun) are still in the phase of keeping too much real emotions from each other and from their children.

The assumptions of “my spouse will get hurt”, “will not understand”, “will not accept” the decision I made will just remain as mere guesses without verbally telling them. If that’s too hard, written messages can be a good start. The point is—you informed your partner, and he/she can still feel respected whatever your final choice will be.

Same goes with their children: Hong Shi Ah (Roh Jeong Eui) and Hong Shi Woon (Ryeoun). For parents to act like their kids’ friends can be the best way to make them open in communicating about their dreams and problems. Shi Ah has been feeling the burden of being born by her young parents, so she tries to support herself as much as she can. Shi Woon has been denying that he likes playing basketball because he has no chance to play with others in school, but he actually wanted to fill in his father’s unfulfilled dream—to be a good basketball player. All these thoughts were just revealed when their father became young again and acted like their friend. So, despite being busy and stressed from work, which the parents think is for the better future of their children, try to lend a time and act like their friends whom they can tell their secrets—from crush to dreams to anything.

ALSO READ: Who Among the Hospital Playlist Doctors Is Your Best Pal?

The fire that ignited Da Jung’s decision to get a divorce was when Dae Young got drunk and shouted that he regrets his choice to be a young father. Okay, important thoughts are indeed necessary to be told—but not when you are under the influence of alcohol, especially with lots of people around. Be sure to discuss family problems when you’re in the “right mind” and keep it as private as possible. There are times that alcohol can give enough confidence, but most of the time, it just makes the bomb to explode and the damage is too destructive to control.

The constant soju intake of Dae Young to relieve his stress from work has built an image of a “irresponsible father and husband” in the eyes of Da Jung, and totally forgetting her husband’s effort to provide for the family.  The beer drinking scenes of Dang Ju in her secret place is actually a good bonding every time Dae Young joins her. In this case, alcohol still did not solve the problem but a hint that a partner’s comfort is still the best way to deal with life’s pressure.

Speaking is one thing. Listening is another story to tell. Giving your shoulder to lean on and lending your ears genuinely for anyone from your family who’s been bothered by something, is a simple yet can be the best gesture that you can offer.

Listening is a crucial ingredient for a successful communication. Sometimes, the spoken words are different from what the mind is thinking. So, be sure to listen attentively, especially within your family. Don’t wait for the time that you can be young again (because it will never happen) like Dae Young to hear what exactly your wife and your kids are feeling. 18 Again, however, has given us some clues that if second chances are in your hands to rediscover the people around you, grab it even if there’s no assurance that it will be a perfect decision this time.

ALSO READ: Get some inspiration from these Beautifully Written Lines of CHEN’s Songs

Taking Care of Your In-laws

Marriage means getting a new set of family/families. As young parents, Da Jung and Dae Young, whether they like it or not, they need the help of their parents to survive. Apartment rental, hospital bills, food, and other life’s requirements are just clearly saying that money is a must.

Though Dae Young’s father opposed their decision to be young parents in the beginning, he’s been one of their greatest supports by offering some financial help. It might look like being grateful for his help, but Da Jung has actually learned to treat Dae Young’s father as her own too. Likewise, Dae Young has found a new parent through Da Jung’s mother.

Both in-laws, though have only seen in the few episodes of the drama, have one of the greatest impacts to their own and new children. From Dae Young’s reconciliation with his father to Da Jung’s mother being present when her daughter needed her the most, who did not cry every time either of them take their scenes? Remember the basketball match of young Dae Young and his father is watching? Remember when Dae Young brings his mother-in-law to the bus station?

The waiting scenes of Dae Young in the bus station as he offers an umbrella for Da Jung after another job interview were too intimate to forget. But In Da Jung’s case, she seemed to forget these “simple” acts and sacrifices of her husband and “hatred” and regrets were stronger to file a divorce. Only when Dae Young is nowhere to be seen in her eyes, she finally realised that both of them have been in this question of “Did we make the right decision when we’re young?”

For their kids, the simple things for them like their first walk, their first word, their first bicycle ride, were definitely too precious for their parents not to record. Who did not need a bulk of tissue paper when Shi Ah is reading the bankbook?

Buying your daughter’ favourite sandwich, bringing home your wife’s favourite snack, playing with your son or just simply being there with them were just Dae Young’s “little” act of caring.

When those little things are appreciated and turned to be the best things, will you still consider to break your family’s bond?

ALSO READ: What Makes the Reply 1988 Families so Relatable?

Have you finished the 16 episodes of 18 Again? How many times did each episode touch your heart and made you feel more grateful to your family? If there is a boiling argument in your family, you might want to take a piece or pair of advice from 18 Again.